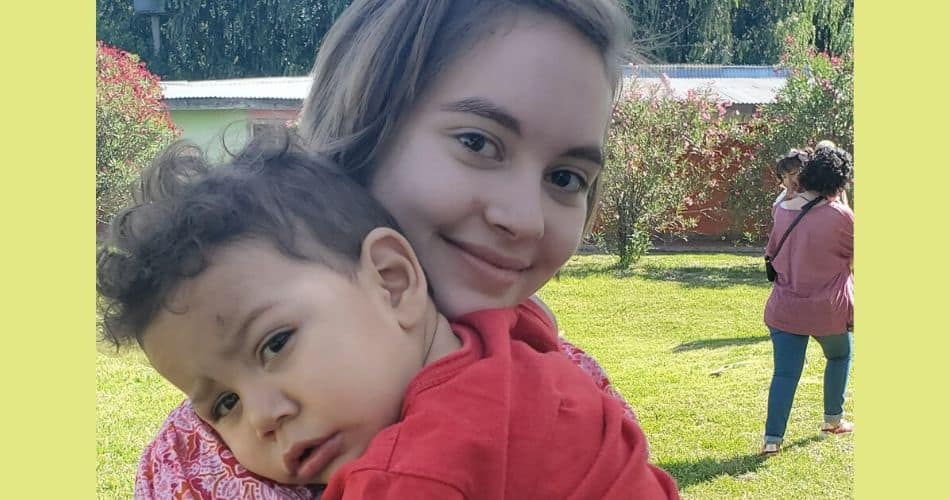 Hello and good afternoon! My name is Alyza Rose, and I was blessed to win Project Timothy and go to Ireland last summer. I am so glad to be here- it’s such a beautiful thing to be surrounded by other people who are on fire for missions.

In Ireland, the apartments we stayed at had key cards; much like our hotel key cards. The difference was that if you lost your key card there was a fine of 200 Euros or something, it was a crazy price. I frequently found myself with one of our apartment’s keys because in the evenings the teens hung out in Mr. Todd’s apartment. When I had the key card I tried to keep close track of where it was. I could just imagine losing it and not only not being able to get in our door but also going to get someone and tell them that I lost the key. It would be awful! So I always kept tabs in the back of my mind on where the key was. Over there. In my pocket. I left it in my bag.

The responsibility of a key card pales in comparison to our responsibility to the Gospel. In a way, the Gospel is also a key- it’s the way that the Lord has given us to be with Him in heaven. We have the responsibility to keep after it, to be good stewards of this wonderful gift that God has given us. And that means that we need to share it. Jesus told us to go therefore and make disciples of all nations- that’s a much more important job than anything else.

If you’re attending this conference, then you probably feel the responsibility of the good news. Chances are, you are one of three people. The first of those people is another young person like me, interested in or passionate about missions. Maybe you’re called to missions long term, or it’s something that the Lord has placed on your heart in this season. The second person you might be is a parent or grandparent of one of those teens. While my parents were cool with me leaving the country, you may have questions and qualms. The third person you might be is a potential Project Timothy doner. You understand the concept of Project Timothy, but have doubts or questions about how it actually plays out. Does it actually have any effect in kids lives, or do they just see it as a free vacation?

I’d like to tell my Project Timothy story and share what it did in my life. You see, I believe that the things God did with Project Timothy are nothing less than miraculous.

It would be easy to start with the moment I first picked up this flyer, but actually it all began a few years prior when God started to tune my heart toward missions. Once I began to realize the importance of the Gospel it was something I couldn’t be talked out of or dissuaded from. I began looking at mission blogs and spent hours reading missionary stories.

I looked for ways that I could get out on the mission field. I was discouraged when it was hard to find any ministries online that worked with teens. When I went to a missions conference I found that it was the same there- often when something is advertised as a mission opportunity for students, what it really means is college age kids- 18 and older. There are very few ways to go on a mission trip as a teen outside going of going with church, and if your church doesn’t have any opportunities then you’re just out of luck, or so I thought.

If going on a mission trip was almost impossible, then going on a mission trip without paying for it was even more unlikely. it was more probable to grow a money tree or teach a dog Russian. Then mom came home from a homeschool conference the spring of 2017 and handed me a flier. “Here”, she said, “you might be interested in this”. I WAS interested. The flier said that if you were anywhere from 15 to 24 you could submit a one minute video telling your place in the great commission, and maybe win a mission trip. The deadlines on the back were all in the winter, so I worked that summer on figuring out exactly what I was going to say and used that fall to pray about what country I should submit my video for.

A common phrase that you hear in regards to missions is “being in the right place at the right time”. I wanted to be where God wanted me, I wanted His will and direction. That’s a lot of pressure to be exactly aligned with God’s plan. So after much prayer, I thought I knew where the Lord wanted me: Indonesia. Even though my original video submission was to Indonesia, God wanted me in Ireland. When World Missions canceled the Indonesia trip, I learned a beautiful thing. You can’t mess up God’s plan; even if you start to go in the opposite direction. I don’t have as much control as I thought- if it’s the Lord’s plan for me to go somewhere, I’ll end up there regardless of if I’m going in the right direction to start with. Being in the right place at the right time isn’t a matter of trying to figure out what God wants you to do, but of trusting the Lord to take you to the right place.

I think this is a good time to mention the video itself because I think it’s important to emphasize that I did not win Project Timothy because I had fantastic camera skills or good expressions. It was filmed in our library by my cousin, the night of the deadline and while what I had practiced was exactly one minute long, the video was 44 seconds- and I don’t think I breathed or smiled in the whole thing. I couldn’t have done any of it on my own, all I did was take the next step that the Lord placed in front of me and trust Him to work it out.

When I found out I was going to Ireland, I was super excited. People mostly had two responses. The first response being “take we with you!!!” “I want to go to Ireland!” and “Can I fit in your suitcase?” The second response was a bit less favorable. It was more of a sideways glance- “you can’t be serious” Then they would point out the flaws in the plan: “You’re young.” ”It’s overseas.” “It’s probably dangerous.” “wait- you’ve never even met who you’re going with?”

All I saw was the beauty of how God was working things out for me to step into the world of missions. I didn’t need to know the people I was going with, I trusted the Lord to take care of me. My life is in God’s hands, and while I’m sure my parents had their moments of being freaked out about it, they knew that the Lord was in control. The thing that attracts me most to missionaries is their deep reliance on the Lord. When you throw yourself into more than you can handle on your own, it allows you to trust the Lord more fully- and I’m so thankful I got a taste of that. There’s a beautiful quote by Hudson Taylor that says “God was looking for a man weak enough to use, and he found me.” In every area I lack, the Lord provides abundantly. We are not only called to share the Gospel, but we are also equipped. 2 Corinthians 12:9 tells us that Jesus’ grace is sufficient, and His strength is made perfect in weakness.”

Another area that I received God’s strength in was love. As Christians, it can be easy to be compassionate or empathetic but not actually have love. The apostle Paul tells us in 1 Corinthians 13 that “we can speak with the tongues of men and angels but if we don’t have love we are nothing but a clanging cymbal. We can have the gift of prophecy or faith, we could give everything to feed the poor, we could even be burned at the stake but if we don’t have love it doesn’t matter.” I could be in ministry for years but if I don’t love the people I am serving than what I do is essentially worthless. I wanted to have God’s heart toward Ireland, and I believe he gave it to me. Not only was I able to have love for the people of Cork church, but also for those I met on the street.

If God places a calling on your life, then He will provide a way for you to fulfill it- no matter your age. I thought that my age would be an obstacle while talking to people on the street. I could not have been more wrong. While I was expecting to really have to work to be taken seriously, it was actually something that worked in my favor. It was much easier to talk to girls my age on the street and when I was talking to older people it added credibility to what I was saying. Several conversations went something like this: “Wait… How old are you?” “I’m fifteen.” “Oh! Are you here with your parents?” “No, actually,” and then I had a great opening to say hey, I’m serious about this, I trust the Lord, and I came here to say that God loves you and He sent His son to die for your sins.

I gained so much from Ireland. Clarity in my calling, lasting friendships, growth in my relationship with the Lord, and greater confidence to share the good news with those around me. I got to see first hand the need for missions in Europe, and talk with Mr. Todd about missions. I am able to approach my calling with much greater clarity than I was before.

Earlier I mentioned the three types of people you might be. We all are given the responsibility of the key to heaven. Our obedience to the great commission has life and death consequences. Now that you have heard my project Timothy story, what is your next step? Is it stepping out in faith to go? Maybe it’s trusting the Lord with not only your own life, but the lives of your children or grandchildren. Maybe it’s trusting the Lord to above and beyond use your offering. Whatever it is, I pray that the Lord gives you clarity and confidence- even if it doesn’t make sense.