Whoever believes in me, as Scripture has said, rivers of living water will flow from within them.

On September 8th I stood in the waters of River Jordan in Northern Israel feeling the strong current press against my legs. It was nudging me to move with the flow. I imagine the “living waters” in John 7:38 being like this current, the quick rushing river that moves everything on its way in a predetermined direction.

On that day I baptized 23 members of our Israel team. Many of them did not plan to be baptized, and some had been baptized before. But there is something about the rushing river that draws you in. For each team member being “buried” in Jordan and coming out of the water was an act of renewal that they felt physically. Helen and I felt very honored to be a part of this moment for our WMA family.

This experience made me think of John 7:38. It is odd to imagine yourself with a flow of water coming out of your stomach until you think of the power of the running river. This is what your faith empowers you with – to bring life to a desert, to change the course of people and events.

Helen and I are so thankful for your partnership in such a significant time in world’s history. I truly believe that together we are gathering the last harvest. We are so excited to share with you about what happened in Israel, the exciting missions opportunities in Kosovo in February and in Egypt this November!

Most of our ministry took part in the Upper Galilee region. Upper Galilee is sometimes referred to as “Galilee of the Gentiles” in Scripture, specifically Matthew 4:15-16 talks about the region often looked down upon as backward, unsophisticated people. Yet, in the region of Galilee is where Jesus spent the most part of His earthly life and performed most of His miracles. It is not a coincidence that before His return the move of the Holy Spirit is happening once again in Galilee. Our partner church in Kyriat Shmona started a new plant in a beautiful little town called Rosh Pina. Though the city is known as a “New Age” community the Lord’s Spirit is at work. Our team did street evangelism in the neighborhoods around the church plant and we witnessed hunger for the truth in people’s hearts. Once again, we were able to visit the elderly Russian immigrants in their little community center. Many remembered WMA teams that visited them in the past and were touched to tears that we have not forgotten them. Among them were also some new people who just moved to Israel from Ukraine. We brought them gifts of food that included bottles of olive oil and honey – a traditional New Year’s gift in Israel. All of them prayed with us the prayer of salvation at the end of our meeting.

Our last two days in Jerusalem we spent with Pastor Josh, who invited us to minister at his congregation on our next mission October 15-25,2023. This team is filling up very quickly. If your heart is stirred to minister the love of Christ in Israel next year, please contact our office ASAP at 417-231-4131. 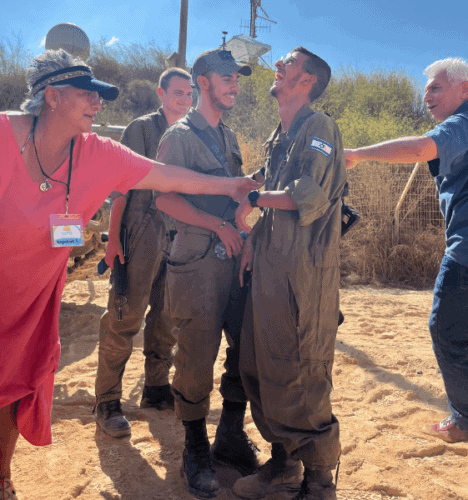 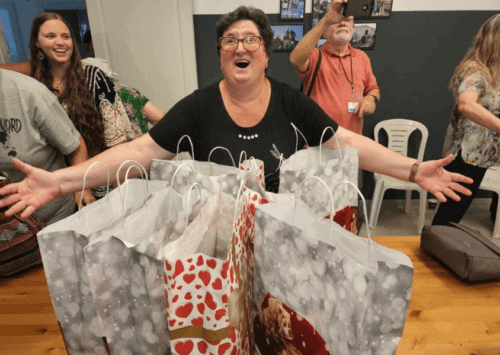 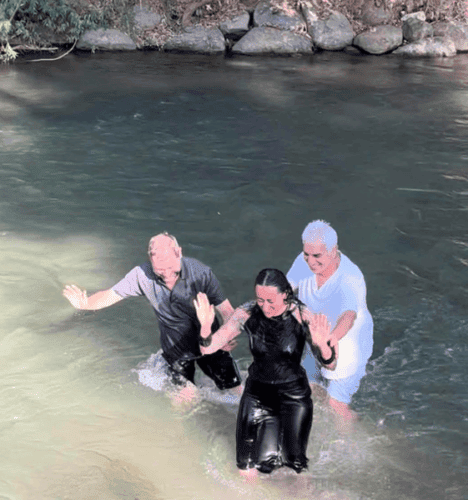 Help meet the immediate needs of the most impoverished communities, Muslim refugees and the orphaned kids of Cairo through distribution of food, clothing and other essential supplies and Bibles. 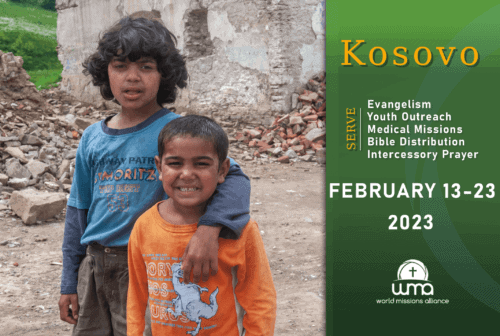 There is a new mission opportunity on our 2023 schedule!

February 13-23, 2023, we will make a groundbreaking trip to a new country on the Balkan peninsula – Kosovo.

Located at the center of the Balkans in southeastern Europe and bordered by Serbia, Albania, Montenegro and Macedonia, Kosovo has long been a disputed territory, for ethnic, religious, and cultural reasons.

Since the start of the Yugoslav Wars in 1991, Christians in Kosovo have been undergoing intense persecution. The violence against them reached its peak with the March 2004 pogroms, during which 935 homes and some 30 Orthodox churches and monasteries were burned, leaving approximately 4,000 people displaced.

Most Christians in Kosovo are ethnic Serbs, and they are the minority in that region. They live in segregated neighborhoods in great poverty and are systematically discriminated against. Serbian Christians are also excluded from the health system of Kosovo. They can only go to a Serbian hospital, in the north of the province, or to another, in the south.

Our mission to Kosovo has the goal of strengthening the local evangelical church and repairing the relationships between the Albanians and the Serbs and also to share the light of the Gospel with the Albanian Muslims who are the majority in Kosovo. We will partner with a church in Pristina that was the first evangelical church opened in Kosovo. The church and its leadership have a heart for sharing the Gospel with the people of Kosovo and we are excited to come alongside them in this vision. In the video below you will hear the testimony of Pastor Artur and his thoughts on the spiritual needs in Kosovo.

Medical missions, evangelism, meeting the needs of the poor and equipping local pastors and Christian leaders for more effective ministry will be the main areas of the outreach.

We will spend most of the time in Pristina, the capital city of Kosovo. One day during the trip will be reserved for exploring the beautiful culture, cuisine and the historic sites of Kosovo.

If you have a heart to help the persecuted church and evangelize Kosovo, to help those who are in need or take a part in a medical clinic to meet the physical needs of the people who have no access to medical care, we have a spot for you on the team.

Please let me know if God is calling you on this mission as we have a limited number of spots on this team. I am praying that the Lord hand selects individuals to fulfill this historic and groundbreaking mission! 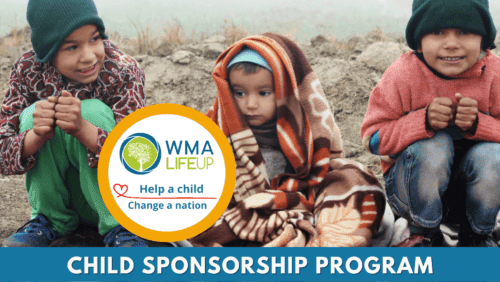 World Missions Alliance in partnership with several churches in Albania is launching a child sponsorship project that will focus on the kids from the marginalized and impoverished communities to give them a chance for a brighter future. In this program a $40/month sponsorship will provide a child with a social worker who will evaluate the needs and prospects, a tutor who will provide quality Christian-based afterschool education or teach an older child a skill that will help them find employment after graduating as well as nutritional and medical assistance. It will also give this child a loving and nurturing relationship with a Christian sponsor. For most of the children among the Albanian minorities quality education and life skills are unattainable luxuries their families can’t or are unwilling to provide.

We were told that Islamic organizations are paying women in Albania $100 to wear a hijab and entice young people with money to attend mosques.

For $40 a month you can offer a child a life changing opportunity of a brighter future with Jesus.

Please check out https://rfwma.reachapp.co/sponsorships?sponsorship_type=children&location=albaniahttps://rfwma.org/sponsor-a-child/ to see the faces and read the stories of the kids who are waiting for someone to believe in them and become their champion! 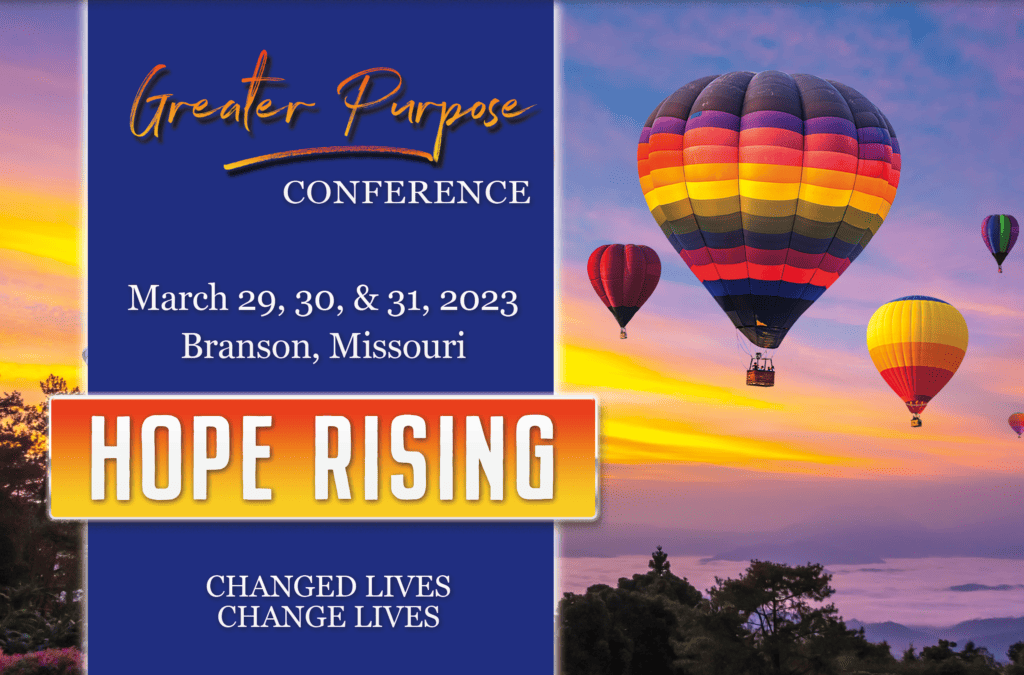 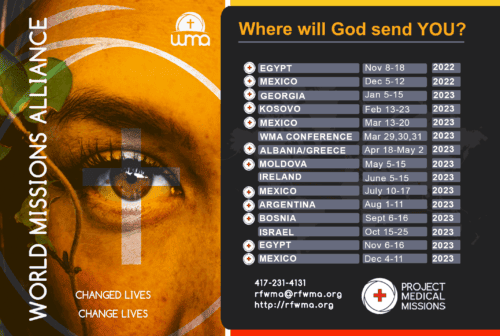