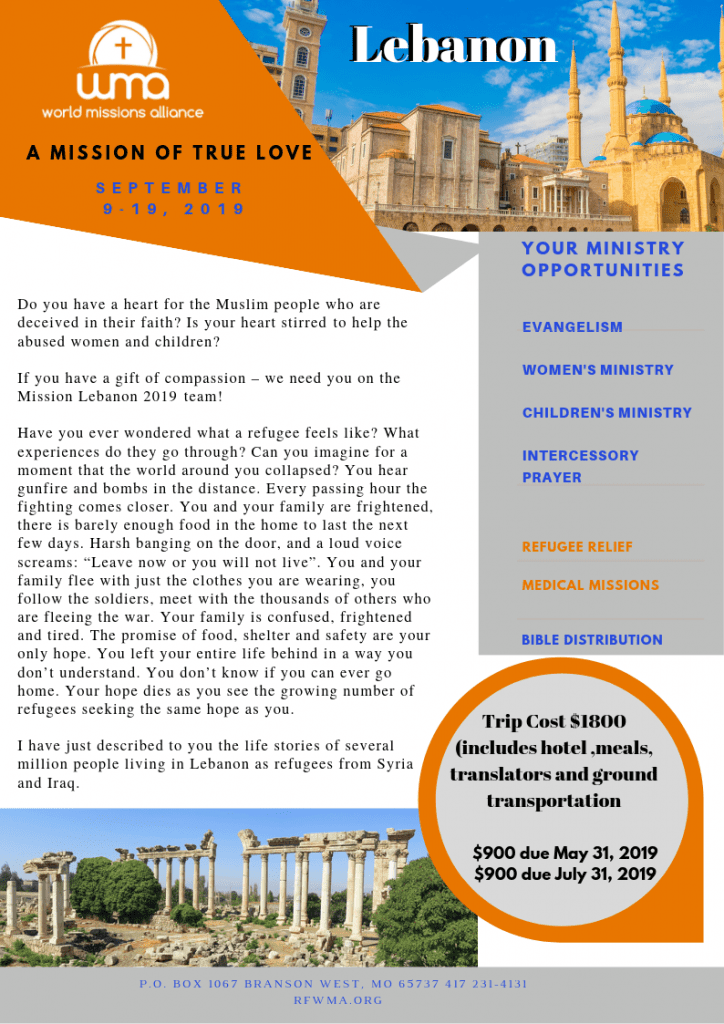 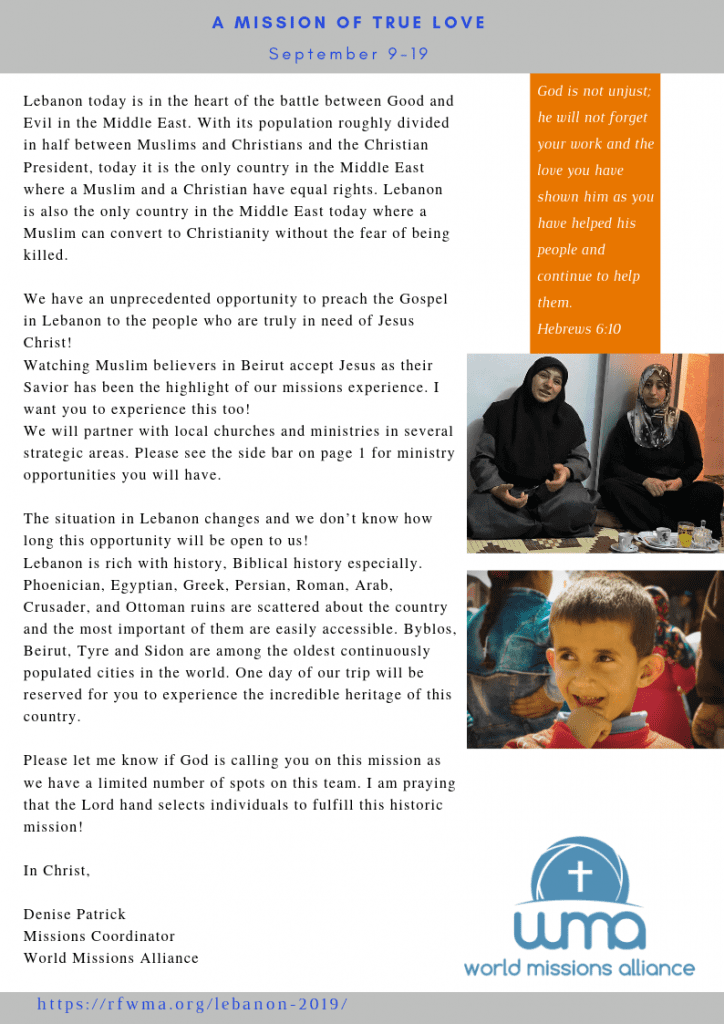 Let Us Know You're Interested in Going With Us To Lebanon

WMA team visited this refugee from Syria. She asked us to pray for the release of her son from prison where he had been kept unjustly for 7 years. She did not know for 4 of those years if he was dead or alive. She was very hopeless during this time. She decided she was going to look for him.  She needed travel documents.  A man appeared to her in a dream and told her he was going to write down his name for her. He wrote the name Jesus. She started reading a Bible and learned more about Jesus. In the meantime, she was told her son was kept in a city in Syria. She was able to travel there and see him. During that trip she had another dream in which Jesus was turning pages of a book and told her: “I am opening the doors for you.” The ladies on the WMA team prayed with this precious sister and asked Jesus for the release of her son.

Several months later WMA team returned to Lebanon and came to visit this lady again with food and supplies to help her last another month. With tears of joy she testified that her son was released from prison and Jesus was her savior!

YOUR HELP MAKES AN ETERNAL DIFFERENCE!