New Venue and Dates for the 2021 Greater Purpose Conference!

I am writing to you, as we prepare for our first mission in 2021 – a trip to Cairo Egypt to proclaim the Good News of the Gospel in a nation that has a very special place in the prophecies of the Bible.

But more about this later…

Helen and I have been mediating on the verse in Revelation 14:12

“This calls for patient endurance on the part of the people of God who keep his commands and remain faithful to Jesus.” Such an important message for today! And how does one combine patience endurance with pursuing our goals and dreams?

I believe the key is seeking the “appointed time moment”. Through the scriptures the “appointed time” is the moment when God makes the next big move. Psalm 75:2 describes it majestically:  You say, “I choose the appointed time; it is I who judge with equity.” It is chosen by God who shares it with us…sometimes at least.

Seeking the “appointed time” has been the “secret strategy” of WMA through over two decades. This strategy grew the vision of a young newlywed couple of missionaries to Russia into a multinational missions organization.

Due to Covid-19 restrictions we have had to re-schedule couple of our missions for 2021. In reality we are re-shaping our schedule according to God’s “appointed time”.

What is God’s “appointed time” moment for you this year? Helen and I are praying that the Lord will align your schedule perfectly with His own!

Right before Christmas we committed to help 50 Syrian and Iraqi refugee families in Beirut. The pandemic and the Beirut explosion in the fall led to the economic crisis in Lebanon. Already struggling, these families were on the verge of starvation or eviction from their modest apartments.  The funds from WMA got held up by the bank in Beirut. The pastors in Beirut were told it was for security reasons. Working on getting these funds released was extremely frustrating since we were in a rush to help the families. When it was finally accomplished, and the funds were distributed, it became clear that it happened truly at God’s “appointed time”.

Many refugees wept as they received the financial help. It was delivered to them on the day the Lebanese government announced the impending complete lock down, which meant that even those who had a source of income, would not have it soon.  It was the day when most of them lost all hope, their refrigerators were empty, and some were facing evictions.

When the refugees read the notes of love and Christmas wishes that many of WMA partners included with the gift, some said “Jesus must really love us. He sent help at the right time”.

The Beirut pastors were moved deeply as well, here’s what they wrote: “We have always felt blessed by the support of World Missions Alliance and the WMA team members who have ministered in Beirut together with us. Even though you can’t come physically, you have still not forgotten us!”

Your help and prayers arrived on time, provided food and shelter, encouraged all, but most importantly, magnified the name of Jesus in the most powerful way – the way of LOVE!

Helen and I are deeply thankful for every WMA partner who participated in this outreach. With great anticipation we look forward to ministering in Beirut Sept 20-30, 2021. I believe by faith that much fruit shall be gathered from the “seeds” planted during Christmas outreach. 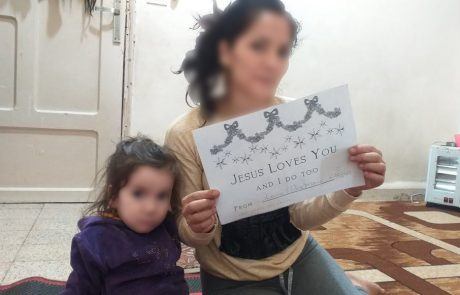 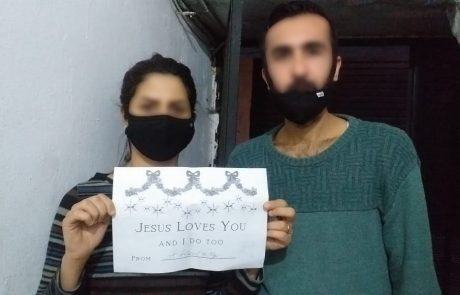 Fulfilling the Prophecy in Egypt

There is a very detailed and specific prophecy in the Book of Isaiah, chapter 19 concerning Egypt. It speaks of a great turmoil, but also of a great restoration of Egypt. Most importantly it declares Egypt as God’s people. Since 2008 World Missions Alliance have ministered in Egypt, and we have witnessed parts of this prophecy fulfilled.

In the midst of the pandemic, we have a very special opportunity to help 2 orphanages, 4 churches and reach out to a group of Muslim refugees (men, women and children) from Syria who have never heard the Gospel. They witnessed terrible things done in the name of Islam in their home country. They told our partners in Cairo they want to meet with us and hear the Gospel. There are approximately 60 of them altogether. We have planned to host a nice meal in their honor, bless them with gift and present the salvation message and a gift of a Bible (something they will not have a chance to own).

We need your help with this outreach!

First, I ask you to pray for this mission in Cairo:

Second, I ask you to support it financially. We will have to purchase gifts and food for the orphanages, we will need extra medical supplies for the clinics, supplies for the children’s outreach and meals and gifts for the refugees. We also need to purchase Bibles for distribution. The Bibles are $7. Your gift is a seed into the prophecy, a part of the great harvest of souls in Egypt and a world of difference to an orphaned child or refugee without hope. I thank you in advance for your help and look forward to bringing back from Egypt great testimonies of what your gift will accomplish.

NEW VENUE AND DATES FOR THE 2021 GREATER PURPOSE CONFERENCE! 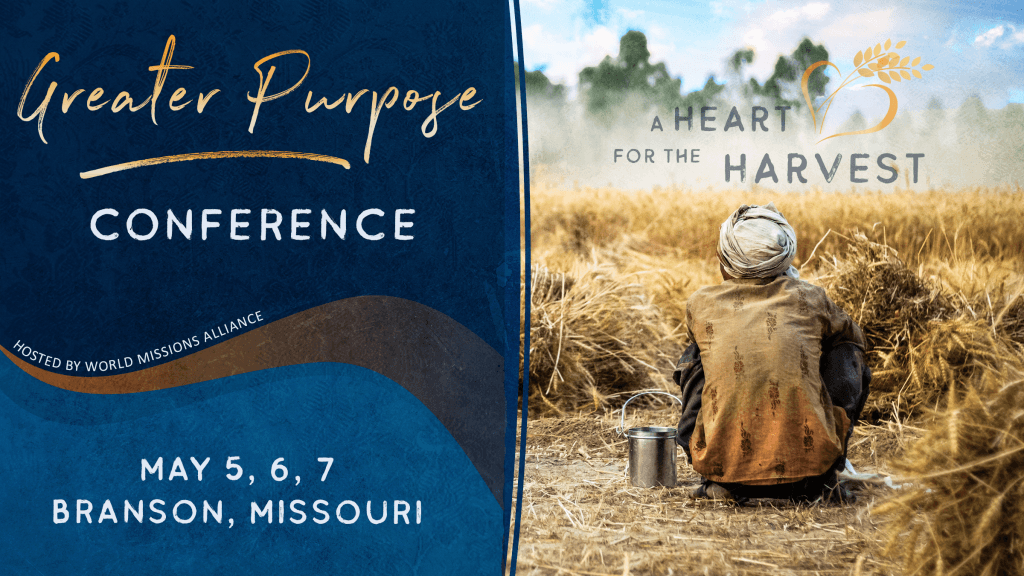 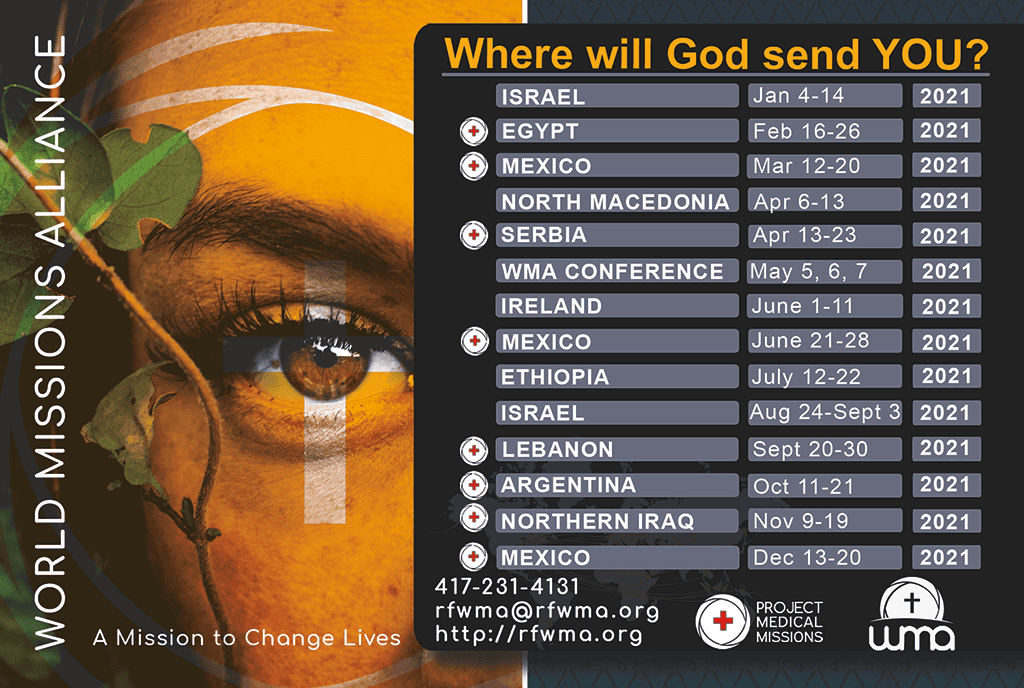