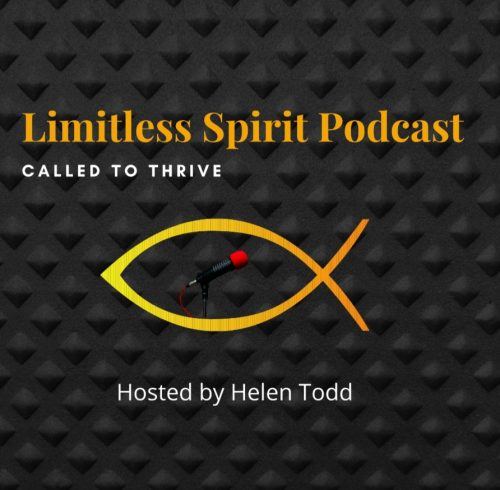 Episode 59: He struggled with depression and suicidal thoughts but God sent an unexpected helper...

Many people know about God without actually knowing Him personally. That was Jack Cowart’s story as he grew up in the Catholic church.

Jack also struggled with intense depression in high school. It got so bad during his sophomore year that he decided to commit suicide. While Jack was holding a knife and preparing to slit his wrists, his dad walked in the room and snatched the knife away right in time.

Years later, in college, Jack hit rock bottom and decided to ask God for help with his depression. He had no idea that this quick prayer would be the beginning of his new life. Jack met and married his wife, Kenna, who God sent as a helper on his faith journey. Jack was also completely healed of his depression and able to stop taking medication. He has also discovered that his trial has empowered him to make an impact in the lives of people around him.

Jack Cowart is our guest on this episode of Limitless Spirit. I hope you’ll enjoy his humor, honesty, and love for Jesus.

2:35 – Jack’s knew about God through the Catholic church, but didn’t have a relationship with Him. He also struggled with getting bullied and not having many friends growing up.

5:28 – The battle with depression is too intense, and Jack decides that he wants to take his own life

12:15 – Jack meets Kenna, his future wife, and sees how beautiful her relationship with Jesus is

17:38 – Jack finally surrenders his life to Jesus and what it felt like as God healed his depression

22:21 – An awakening to missions happened as Jack got to know Jesus and grew more in his faith

24:25 – Jack’s mission trip to Macedonia and the incredible opportunity he had to share his testimony and minister to a suicidal woman

After you listen to this episode, go to our host website: www.rfwma.org and find out how World Missions Alliance can help you connect to your greater purpose.
If you are interested in becoming a sponsor of the Limitless Spirit Podcast, click below

Email us your questions and comments at podcast@rfwma.org